With the tilting function, traction force can be performed at an angle suited to the treatment area 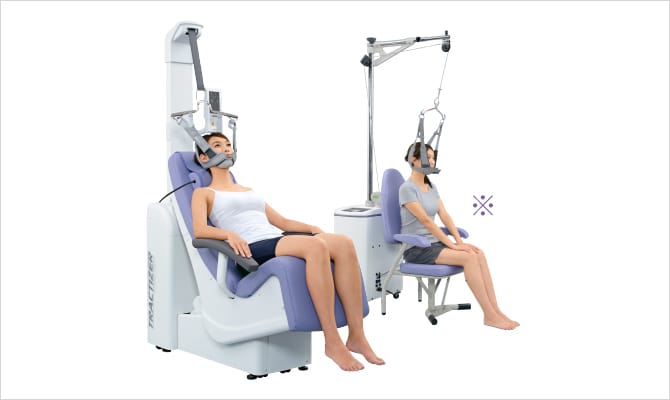 ※The products up till now

The traction force position settings can all be set from the operating panel. The seat can be automatically tilted by selecting an angle in accordance with the treatment area in 7 stages from 10° to 40°. There is no need to adjust the arm for each patient individually like before and this reduces the work of the staff.
Using the “wide traction force function”, multiple traction force angles can be set during 1 treatment.

traction force treatment is possible in a relaxed posture

traction force modes that can be selected

This provides patients with a relaxing, comfortable treatment environment 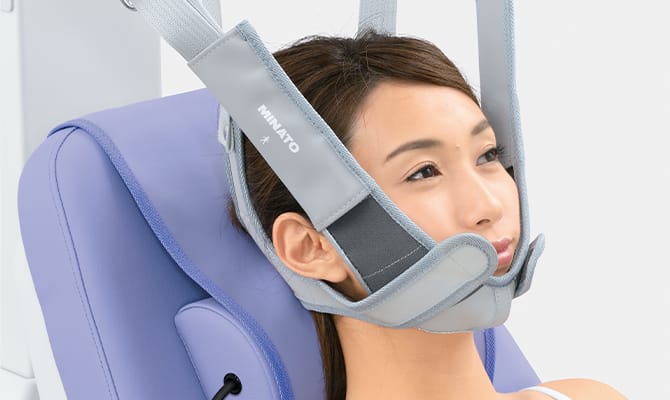 The actions of the treatment unit, such as “starting the treatment” and “the treatment has finished” are notified by voice guidance in advance, giving peace of mind to the patient. Further, during treatment, relaxation sounds, consisting of “natural sounds” are played, and this alleviates nervousness.

Seat that takes into consideration the comfort of the patient

With the TractizerTC-C1, the patient just relaxes back in the seat. Consideration has been given to making the seat more relaxing.
As the seat is tilted in the towards the center of the cervical vertebrae, there is a short distance for the head to move, which reduces the discomfort of the patient. 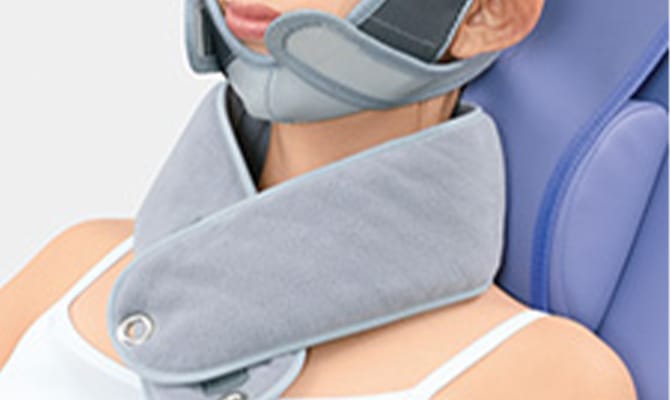 Even more relaxing with a cervical pad

A cervical pad with a built-in heater is attached as standard. The patient can relax and receive treatment comfortably.

Design that fits perfectly the interior and space within the hospital

Space is not required at the back

As it does not protrude to the back surface of the equipment when tilting, space at the back is not required. Layouts where it is placed by the wall or next to other equipment in the middle of the floor are possible. 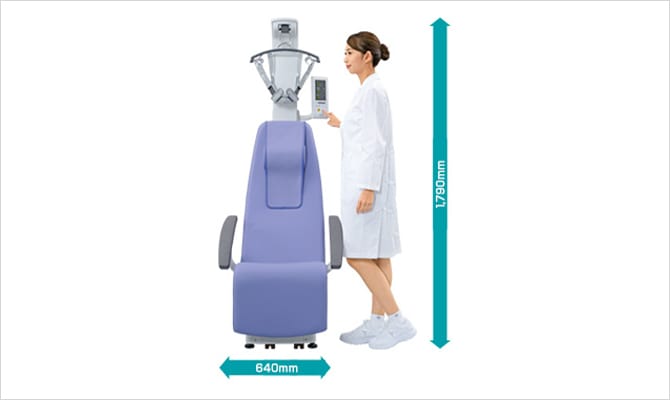 The design has a gentle non-intimidating form and this reduces the resistance of the patients to treatment. Further, there are 4 product colors in the lineup, and this allows you to coordinate with the interior of the treatment room (see product specification). 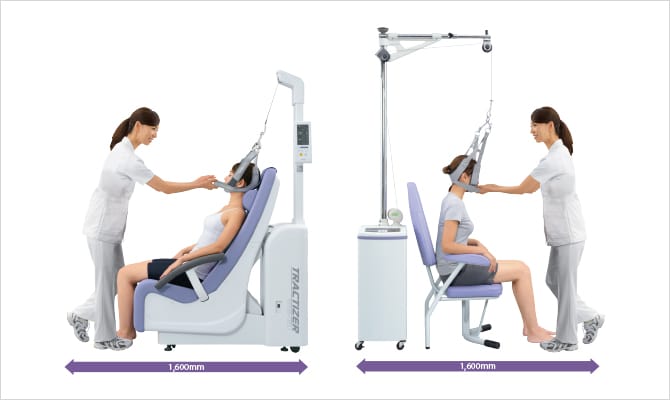 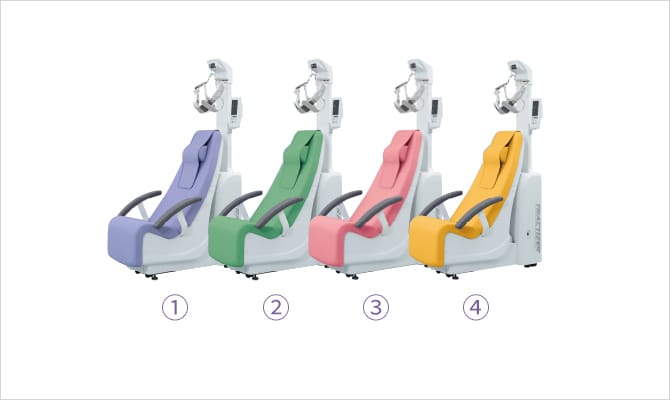 Please press Inquiries Form button to contact us by e-mail.